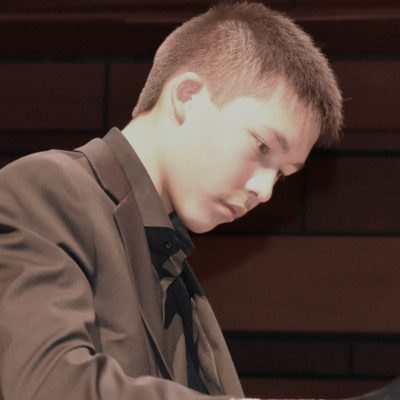 Inspired by the sixteenth century fresco by Raphael, Hindemith paints his own endearing musical picture depicting the myth of Amor and Psyché. Canadian pianist Leonid Nediak takes centre stage with Rachmaninoff’s colourful and jazz-flavoured Concerto for Piano and Orchestra No. 4. Written during the years of postwar Stalinist Russia, Prokofiev’s Symphony No. 6 is a tragically ominous reflection of society and the composer’s own inner turmoil.

Intermission discussion and Q&A with Leonid Nediak and Michael Berec.

This concert is part of KSO Flex so you can choose an available option: attend in-person, watch via live-streaming or watch via a recording.

Hindemith, Overture to Amor and Psyché

Nediak has written numerous compositions for solo piano, as well as a piano trio, and a string quartet. He has won multiple prizes in composition competitions, including the 2019 Young Composer Award of the Society of Composers, Authors and Music Publishers of Canada (SOCAN), the first prize at the 2014 International Hal Leonard Carol Klose Composition Competition, and the Grand Prize in all age categories of the 2016 Canadian National Composition Competition.

During the 2020-2022 global pandemic, Nediak collaborated with poet Meg Freer, pairing her poetry with Brahms’ music in series of online video recording. He also collaborated with Cleveland artist Mel Grunau featuring his paintings in audiovisual series of performances. Nediak also experimented with multitrack video production technology and recorded his own arrangement for 6 pianos of Rachmaninoff’s Concerto for Piano and Orchestra No. 4.

Nediak has started playing the piano at the age of four. He was awarded the Taylor Prize and a full-scholarship at the Phil and Eli Taylor Performance Academy of the Royal Conservatory of Music. He studied with Marina Mdivani from 2018 to 2021 and continues his education at the University of Toronto.

This season we are introducing KSO Flex. It offers you up to 3 ways to view our concerts. We want to make sure that you can enjoy our concerts the way you prefer.
Plus, you can switch your initial viewing option to another available option at least 24 hours prior to the concert:

There is nothing better than hearing the fabulous acoustics of the concert hall and feeling the performance energy in person.
This is the best way to enjoy our concerts.

Can’t be there in person? A live-streaming of the concert is the next best thing.
You can enjoy our concerts anywhere you like.

We understand that life is busy. You can watch a recording of the concert at a more convenient time, anywhere you like.

What safety measures will be in place?

The concert halls are responsible for adhering to public health requirements.  As regulations may change from time to time, please check the concert halls’ websites.

About the KSO Subscriptions

Can I change my concert subscription choices?

Yes, you can exchange your concert subscription choices up to 24 hours prior to the concert to another available option.

I cannot make to my concert, what can I do?

If you cannot make it to a particular concert, you can donate your ticket back to the KSO for an income tax donation receipt.

About the KSO Flex

Can I change my concert subscription choices?

Yes, you can exchange your concert subscription choices up to 24 hours prior to the concert to another available option.

How do I change my viewing preference?

You can contact us 24 hours prior to the concert performance start time to change your viewing option. Please email your request to info@KSOrchestra.ca or give us a call at 905-604-8339.

What seat will I get if I switch to in-person?

If you choose to switch to in-person attendance, you will receive a seat in the balcony section of the concert hall, subject to availability.

When will the concert recording be available?

If you choose to watch a concert recording, it will be available by a web link 10 days after the concert date.

How long do I have to watch the concert recording?

The recording will be available for 14 days.

How often can I watch the concert recording?

Once the recording is available, you can watch it as many times as you like.

Is there a cost to change my viewing option?

No, there is no cost to change your viewing option.

Can I upgrade my balcony seat?

At this moment, we cannot accommodate an upgrade.