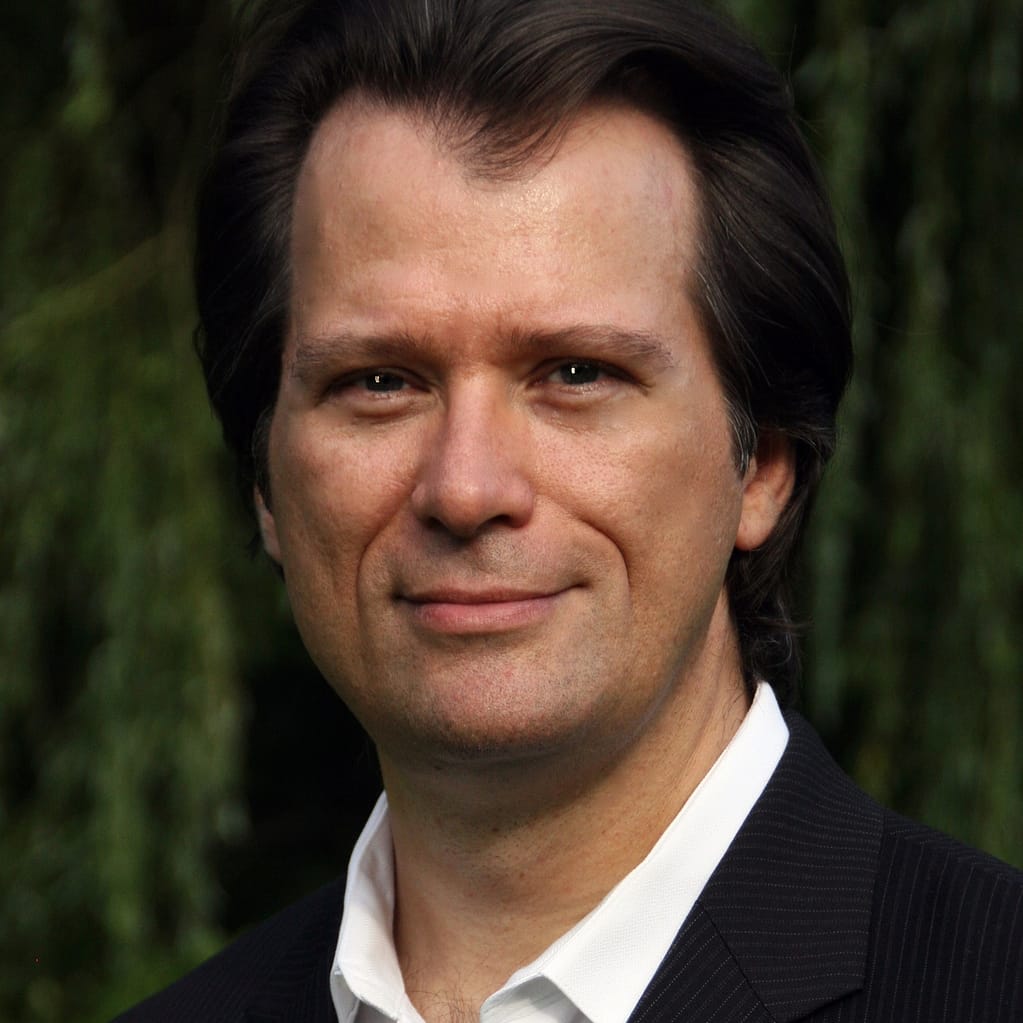 “Maestro Alexander maintained an exquisite balance between the soloist and orchestra, in turn discrete, supportive or cooperative.” Ahram, Cairo

“Inspiring conductor with strong discipline and attention to every detail – qualities that bring great classical pieces from all genres and styles to life.” Markham Life

“Maestro Alexander is a wonderful musician with a strong vision and great practical knowledge about the orchestra. He can get the right sound, the right style… I’ve enjoyed our collaboration a great deal.” André Laplante, pianist

“Kristian Alexander provides a finely balanced leadership that brings together a detail-oriented approach with inspiration for his fellow musicians.” Jacques Israelievitch, concertmaster of the Toronto Symphony Orchestra

“Kristian Alexander is a remarkable conductor. As a soloist, I had the freedom to play knowing that he and the orchestra are always there for me.” Christina Quilico, pianist

“The inspired, detailed interpretation, along with a passionate playing, brought to the forefront by Maestro Kristian Alexander, was excellent.” Daniel Friedman, composer

Since the beginning of his tenure as Music Director of the Kindred Spirits Orchestra in 2009, Mr. Kristian Alexander has performed a vast repertoire that includes Shostakovich’s, Richard Strauss’, Berlioz’, Beethoven’s, Brahms’, Mendelssohn’s and Schumann’s symphonies as well as all major instrumental concerti by Haydn, Mozart, Beethoven, Brahms, Mendelssohn, Tchaikovsky, Chopin, Grieg, Schuman, Sibelius, Shostakovich, Prokofiev and Saint-Saëns. In 2011, Mr. Alexander and the Kindred Spirits Orchestra has forged an important artistic partnership with the creation of Markham Contemporary Music Festival, an annual event that has brought to life great pieces of the 20th century, including Lutoslavsky’s Symphonic Variations, Stravisnky’s Symphony No. 1, Philip Glass’ Concerto for violin and orchestra No. 1, Honegger’s Pastoral d’été and others. Mr. Kristian Alexander is also avid supporter of Canadian contemporary music, having performed with the Kindred Spirits Orchestra compositions by Garry Kulesha, Brian Current, Larysa Kuzmenko, Daniel Friedman, Kevin Lau, James Campbell, and Constantine Caravassilis. Maestro Alexander has also given the Canadian première of internationally acclaimed composer John Williams’ “On Willows and Birches” and the world premières of James Campbell’s Concerto for harp and orchestra and Chan Wing-Wah’s “Phoenix Dance”. In 2017, Maestro Alexander conducted a sold-out performance at the 3,200-seat Sony Centre for the Performing Arts in downtown Toronto of the first international concert-tribute to the Oscar-winning composer A.R. Rahman. In 2018, he made a highly acclaimed Asian début with the Hong Kong Oratorio Society and Orchestra where he will return to conduct in 2023 as well.

Mr. Kristian Alexander speaks fluently English, French, Russian, and Bulgarian and has a working knowledge of Italian, German, Czech, Latin, Greek, and Hebrew languages. In addition to master degrees in orchestral and choral conducting, music theory and history, he also holds degrees in anthropology, psychology, theology, and arts management from academies and universities in Toronto, Montreal, Stuttgart and Sofia. Mr. Kristian Alexander has also been a mentor for many young musicians and conductors through various positions he held at the International Baccalaureate Organization in England, the New Bulgarian University in Sofia, as well as, in Canada, at the Atelier lyrique de l‘Opéra de Montréal, the International Music Academy, the International Bilingual School, the Weldon Park Academy and the London French School. He has also published articles on philosophy of music in major scientific journals and research papers for the Bulgarian Academy of Science, the University of Toronto and the Université de Montréal. Mr. Kristian Alexander has been a recipient of several awards from the Canada Arts Council, London City Council, Université de Montréal, Internationale Bachakademie (Stuttgart), the Mozarteum Internationale Stiftung (Salzburg), Open Society Foundation (New York), Pro Helvetia Foundation (Bern) and the National Music Academy (Sofia).

In 2021, Kristian Alexander implemented for a first time in Canada an eco-conscious digital music library platform that permanently replaced paper-based operations with iPad Pro tablets made available to all musicians of the Kindred Spirits Orchestra.

In 2019, Kristian Alexander founded the International Music Festival and Competition, a charitable organization that has for a mission to provide young musicians with opportunities to perform, to conduct and to write music, while receiving professional guidance in collaboration with leading experts in the classical music industry from the University of Toronto and York University, the Toronto Symphony Orchestra, the Canadian Opera Company, the National Ballet of Canada, the Royal Conservatory of Music and the Glenn Gould Professional School.

In 2011, Kristian Alexander founded the Markham Contemporary Music Festival, a charitable organization that promotes the performance by local artists of music written worldwide in the 20th and the 21st centuries by Canadian, Indigenous, American, Asian, and European composers and includes lectures and seminars in both English and French, workshops, master-classes, pre-concert chats, intermission discussions, post-concert receptions, documentary films about the life of contemporary composers, and networking events.

In recognition of his musicianship, Maestro Alexander was elected for six consecutive years to represent Canada on the Board of Directors of the International Conductors Guild (2002-2008), as well as at the London Arts Council (1999-2001), and the Southern Ontario Music Chamber Institute (2004-2006). In 2006 he was invited to moderate in New York City a highly acclaimed panel with conductors from the Juilliard School, Pierre Monteux School for Conductors, and Eastman School of Music. In 2007, he was appointed advisor of the Conductors Guild international workshop for conductors led by renowned Maestro Jorma Panula (Finland) and Maestro Raffi Armenian (Canada). In 2007 as well, he was appointed Chair of the first International conference for conductors in Toronto.

A dedicated pedagogue, Maestro Alexander has also been on the Faculty of several educational institutions, both in Canada and abroad. Since 2005, he has taught conducting and advanced interpretation at the International Music Academy and since 2003 he has been consultant in music education at the International Baccalaureate Organization (London, England). In addition, he has also taught modern languages and interpretation at the Atelier lyrique de l‘Opéra de Montréal and instrumental music at the Canadian Conservatory for Music and Arts and at the Weldon Park Academy (London).

Since 2000, Maestro Alexander has given over a 1,000 bursaries and scholarships to neurodiverse children, youth-at-risk, children with disabilities, and children in low-income families, to help them learning a musical instrument. In 2015, he also donated a grand piano and a 2-manual organ to the remote community of the Easter Island. These musical instruments, travelling 36,000 km by sea, arrived in 2016 for the inauguration of the first music school in the history of this distinct society. Maestro Alexander has also been a supporter of Orchestra Canada, American Federation of Musicians, American Symphony Orchestra League, Conductors Guild, Friends of Glenn Gould Society, and Interkulturelle Gesellschaft (Switzerland).

In 1997 Maestro Alexander was invited as an assistant orchestra and choir conductor for several presentations of the opera Jenůfa (L. Janáček) at the Opéra de Montréal. The performance was outstanding and has been praised by the critics as “one of the best productions in the history of the Opera of Montreal” (Robert Markow, Le Magazine de la Place des Arts, Montreal, Quebec, 2000). During the same years Maestro Alexander was also a voice consultant for several internationally acclaimed actors and actresses in Quebec, such as Louise Marleau, Marc Béland, and Pierre Collins.